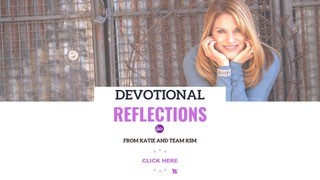 Having Peace in Trials

Having Peace in Trials

“I’m telling you these things while I’m still living with you. The Friend, the Holy Spirit whom the Father will send at my request, will make everything plain to you. He will remind you of all the things I have told you. I’m leaving you well and whole. That’s my parting gift to you. Peace. I don’t leave you the way you’re used to being left—feeling abandoned, bereft. So, don’t be upset. Don’t be distraught.”
John 14: 25-27 (MSG)

We had some rough times in 2013 and 2014. In 2013, Katie was in a terrible accident, one that threatened to take her life. My husband, John’s, cousin was murdered and a month later my cousin, Jody, passed away. In January, of 2014 my son, Andy, nearly died, in July we found out that my mom had terminal cancer (she passed in August), then John’s step-father passed away, and the day after Christmas, my dad passed away. Then in 2015, Katie lost one of her best friends, that she had served time with, found the Lord with, and who had helped Katie with her 1st book. That was a lot of loss to deal with for sure!

Shortly after interring John’s step-father's ashes, we found out that one of the tracks for disc seven on Katie’s teaching, Kingdom of the Son, had a bad spot (after they had worked on it for hours and hours). Then, right after John's family left to go home, our air conditioner went out, again. John said, "Satan really is mad at us!"

I had to laugh because I knew we were doing some things right!  We know that we have a bullseye on our backs because of the type of work we do. Whenever we face so many trials, we know breakthrough is coming!

John and I slept with wet washcloths around our necks under the fan and it wasn't unbearable. I actually felt a lot of peace all through the night. John thought he might know how to fix the air conditioner (and he did)! I praised God because we had money in our account to get it fixed if we needed to. I knew that despite the challenges, all things are possible with God!

“Consider it wholly joyful, my brethren, whenever you are enveloped in or encounter trials of any sort or fall into various temptations.  Be assured and understand that the trial and proving of your faith bring out endurance and steadfastness and patience.  But let endurance and steadfastness and patience have full play and do a thorough work, so that you may be [people] perfectly and fully developed [with no defects], lacking in nothing.”
James 1:2-4 (AMPC)

Can you find two scriptures that give you peace and assurance during trying times? If so, note them down and decree them over any negative situation you might be going through right now! Then, shares a scripture verse below.

What are you dealing with right now that you could use a breakthrough in?

Think back to when the Lord brought you out of a challenging situation.  Share below.  It may encourage someone else’s heart.